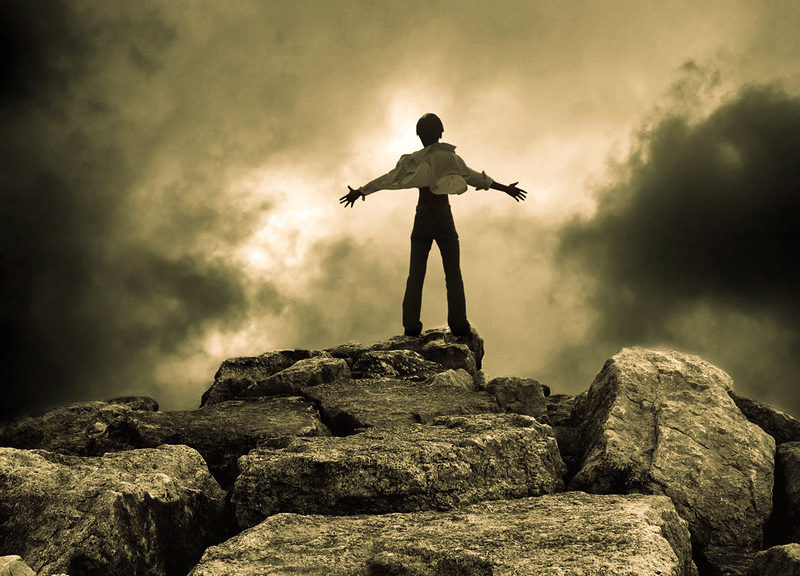 The other one, which he saw years later, was on the chest of a European refugee living in Ecuador and working on stabilizing a life for himself and his lady who was earning large as a mercenary soldier in some Middle Eastern skirmish somewhere.

I asked what the phrase meant.  My friend did not know, so I went looking.

The best… okay…the most dazzling source I came up with for this phrase was the opus, The Black Saint and the Sinner Lady, created by, arguably, one of the greatest jazz musicians of all time, Charles Mingus, in 1963.

The phrase appeared in the third movement, (Soul Fusion) Freewoman And Oh, This Freedom’s Slave Cries.

In the book, FREEDOM IS, FREEDOM AIN’T:  Jazz and the Making of the Sixties, award-winning scholar-author Scott Saul opines that for Mingus, “it was those deprived of freedom who understood its meaning best.”

Apparently, according to Saul, Mingus believed that freedom manifested itself in the struggle against bondage.

Saul says that in Mingus’s vernacular, “slavery” was a metaphor for the self’s limitations as well as for the system of relationships and non-contractual work we encounter and develop in the world.

He quotes Mingus as saying in the liner notes for the opus album, “We create our own slavery, but I’m going to get through and find out what kind of man I am – or die.”

That is such a powerful concept, I am thinking.  After all, legal “freedom” is an empty promise if you are denied the freedom to develop and express your own character or if you deny that freedom to yourself.

SO, WHAT’S THAT GOT TO DO WITH THE PRICE OF BEANS?

All this playing around with yet another metaphor seems to have led me once again to another world-class paradox.

This all started out with me trying to come up with some sort of post about work and business and taking charge of the reins and all that.  Instead, here we are looking once again at another puzzlement that kinda-sorta relates to that topic.

(Funny, how that always seems to happen when poet-brain takes over.)

Now that we have jumped feet-first into the deep waters of this here swimming hole, let me present another huge mind-twister concept:

EVERY SINGLE ONE OF US HUMANS IS “SELF-EMPLOYED”.

Please note that the official definition of someone who is “self-employed” is actually a legal fiction, as defined by the people in charge of making sure our consensus world thought-construct keeps spinning along.

This definition is especially designed to facilitate figuring out how much taxes the lot of us are supposed to pay for the privilege of going our own, “non-traditional” way.

(“Tradition,” in this case, probably began about the time the Industrial Revolution revved up and people turned into human resources, but that’s another story.)

So, take a look at this:

Even if we work for “the Man,” nobody else cares as much as we do about our own needs, wants, or dreams.  Our wish lists are why we trade our time (a.k.a. our precious life) for lucre and bowls of pottage, after all.

And the for-real deal (if you’re living in any kind of society with a whole bunch of other people) is that all those other folks are not necessarily obliged to give a damn about any of your concerns.

We are all working on it, finding our own way through the mazes made up of other people’s assorted bucket lists and shovel lists as we work on our own.

THE PARADOX OF FREEDOM

People who fantasize about “absolute” or “ultimate” freedom seem to believe that it means they can unthinkingly do whatever they want when they want and how they want all the time.

The ones who go for that particular Paradise-vision of theirs tend to end up crashing headlong into…you guessed it…Other People and THEIR ideas about how this consensus-world of ours is supposed to work.

This then, apparently, tends to lead to arguing for (or against) developing and exerting more control over the world (i.e., the Other People) around us and on and on.

I am sure that you have heard all the arguments before.  It would take way too long to go over them all because each side carries one kind of truth or another and the debates for and against each side of this freedom/responsibility/control thing have been going on for a very long time.

Even Eleanor Roosevelt, the American first lady who truly believed in personal empowerment once said, “In the long run, we shape our lives, and we shape ourselves. The process never ends until we die.”

Then she continued, “And the choices we make are ultimately our own responsibility.”

Wise guys and other ancients tell us that each of us stands in the middle of our own Universe, making choices and taking actions of one sort or another.  Standing at that center in our own middles and following the dictates of taking a stance that honors it is what these wise dudes called “freedom.”

Inevitably, however, we each bump into the Universes of the other people around us and when we are forced to make accommodations for these Other People’s world-views we call those moves for making room the opposite of freedom.

I’m not sure whether “un-freedom” is a real word, but it does seem to me that if our lives are shaped by the choices we make and the actions we take, then this Freedom/Un-Freedom thing is going to have a direct impact of one sort or another on ourselves and on other people.

The amazing German writer and statesman Johann Wolfgang von Goethe once pointed out,

“It is my daily mood that makes the weather. I possess tremendous power to make life miserable or joyous. I can be a tool of torture or an instrument of inspiration, I can humiliate or humor, hurt or heal. In all situations, it is my response that decides whether a crisis is escalated or de-escalated, and a person is humanized or de-humanized. If we treat people as they are, we make them worse. If we treat people as they ought to be, we help them become what they are capable of becoming.”

Since we are all in this consensus world together, we do affect and are affected by the walks we and the people we meet each are making, which does lead us back to the paradox of freedom.

As one old wisdom quote (attributed unconvincingly to an assortment of wise guys and thought leaders) says, “Your right to swing your arms ends just where the other man’s nose begins.”

Reaching for our own freedom in a world with all these other people in it makes us all “Freedom’s slaves,”  it seems to me.

Until we can get a handle on where our actions are likely to take us and whether that is where we want to go, we are probably going to keep spinning around and around, doing this, that and the other, and trying to decide which way we want to go. And perhaps the way out of this tangle of a paradoxical dilemma is the one that’s explained in this 2019 YouTube video, published by The School of Life, “The Hard Work of Being Lazy.”

I think I’ve got it:

In me there is a tendency

To get away from all

The lessons that force me

To look deep into the maelstrom

That form a vortex, a whirlpool,

In the depths of me, whipping ’round,

Pulling at me, down and down

Into some center that I know

But am trying very hard to avoid.

I know (don’t ask me how) that

When the vortex stops and stills

There will be such a sadness there,

Bluer than a cloudless sky

That pierces into the core of me

And touches again a most wondrous

Thing that I have lost somehow,

Maybe because of all of

I am homesick then, yearning for

The truest of connections.

I want to pick up all of my marbles,

End the game, and announce

Never mind what the rules say.

As if I am admitting that

I cannot handle the rough-and-tumble,

That I am too weak for it.

Pride it is that makes me run:

Lucifer, Morning Star, the brightest of us all,

Has got nothing on me.

One of his band of fallen ones am I.

They say that babies, newly born,

Still remember the face of God

And they come into the world

Of His radiance and glory.

Maybe when all of the spinning stops

You can catch a glimpse again of the joy

You gave up when you chose to wander

And taste and touch and feel

All your separateness and pride.

(And, of course, the kicker is

That He holds you in His hand anyhow.)

10 thoughts on “ALL OF US ARE FREEDOM’S SLAVES”